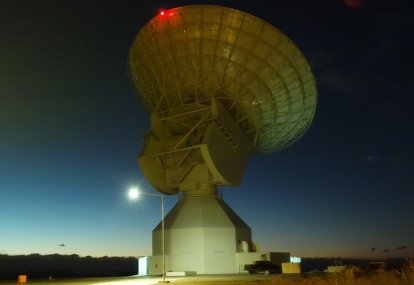 Thanks to some high-tech improvements, ESA’s radio dish in Argentina will be ready to receive the rising torrent of scientific data beamed back by future missions exploring deep in our Solar System.

Since 2012, ESA’s deep-space tracking station at Malargüe, about 1200 km west of Buenos Aires, Argentina, has provided critical links to some of Europe’s most important missions, including ExoMars, Mars Express, Gaia and Rosetta.

The data-gathering capabilities of upcoming exploration missions is steadily increasing, however, and this means a 10-fold growth, each decade, in the amount of science data that must be downlinked from Mercury, the surface of Mars or the enigmatic moons circling Jupiter.

To cater for this need, ESA is investing in a series of significant upgrades for its Malargüe station, underscoring the Agency’s long and productive partnership with Argentina and that country’s strong involvement in space science.

The upgrades will be spread over two years and include a new main signal-processing system and the addition of a 26 GHz downlink that will enable high-speed data receipt from space.

“This means our station at Malargüe will be able to download data from ESA’s future Euclid mission, for example, at 150 Mbit/s, 15 times faster than today,” says Michel Dugast, ESA’s station engineer and project manager for the upgrade.

“It will also support cornerstone ESA missions like ExoMars 2020, BepiColombo and Juice, as well as partner missions from Russia, the US and Japan, among others.”

The 18 months of work, valued at about €4 million, will start in May.
Signals from Saturn.

In addition to its routine communication tasks, ESA is using the Malargüe dish this year to catch signals from the international Cassini spacecraft operated by NASA at Saturn, more than 1.4 billion km away, some of the most-distant radio link-ups ever achieved by European stations.